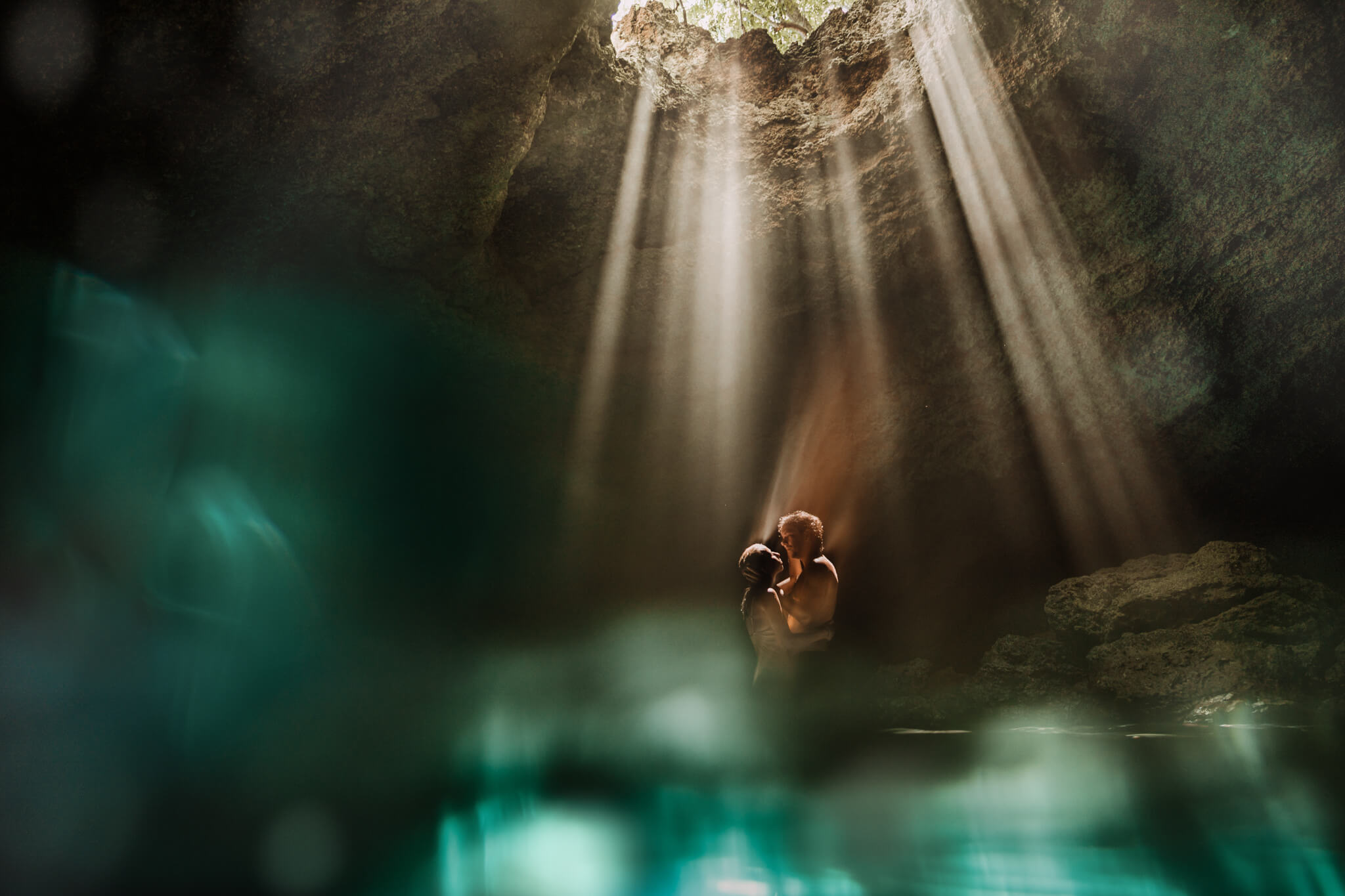 Location Equipment
Read More
As we travelled to the island of Tanna (Vanuatu) with K and M, our shooting plans revolved mainly around Mount Yasur, one of the world’s most accessible active volcano. After an incredible day spent making memories through lush rainforest, moon-like ash plains and awe inspiring volcanic fireworks we thought our thirst for adventure was quenched. The next day however, we were taken on a boat ride to this cave, and without much thinking I grabbed my gear + weather/underwater Outex cover to protect it during the ride. I didn’t expect to have a full session at the cave, this was just to be able to snap a few shots to add to K and M’s album, but boy was I glad I had it all with me once we got there!

To get in the cave you need to swim off the boat and through a hole in the cliff wall. Once in, it was just magical. I remember turning to K and M, and having no doubt we were thinking the same: this was the cherry on top of our volcano adventures and we absolutely needed to take photos of them in this insane place. I guess the lesson here was an all time classic: always be prepared, even when you have little to no expectations!
Read More

No additional equipment was used. 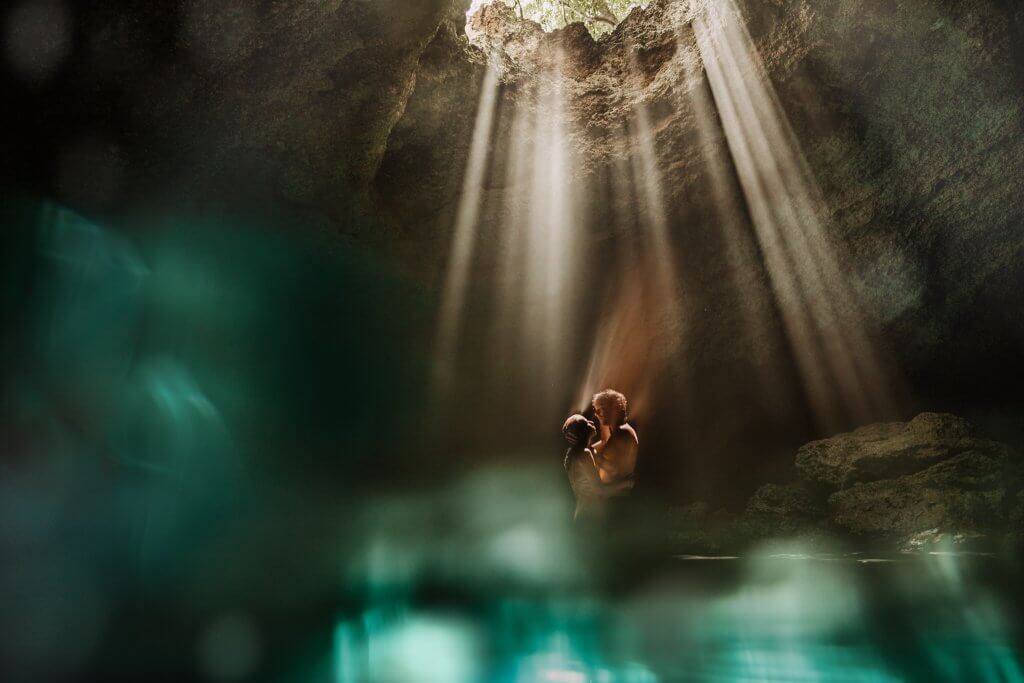 Because they were standing on a rock in somewhat rough waters, I needed to pose them in a way that would allow them to keep their balance and still be able to enjoy the moment, so that the image would have some emotional strength. Standing and hugging was a pretty obvious choice. That being said, at the beginning K had her head resting on M’s chest, looking my way. That didn’t work at all as she disappeared in his shadow. To fix that I simply asked her to pull away just a little, and look up to him so some light would hit her face. And there was my shot.

“Alright guys, let’s see if we can find a rock somewhere in the light, where you could both stand comfortably for a moment”.

“Now, take your time, find your balance, help each other out and simply hug.”

“Okay, K, you’re looking awesome, but your face is in the shadow, so what I’d love for you to do is to please pull your upper body away from M a little bit, just enough to be able to look up to him. Yep, that’s great, that’s enough, thanks. Now enjoy this moment guys.”

(all of it literally shouting like a mad person to cover the noise of the rushing waves and make myself heard!) 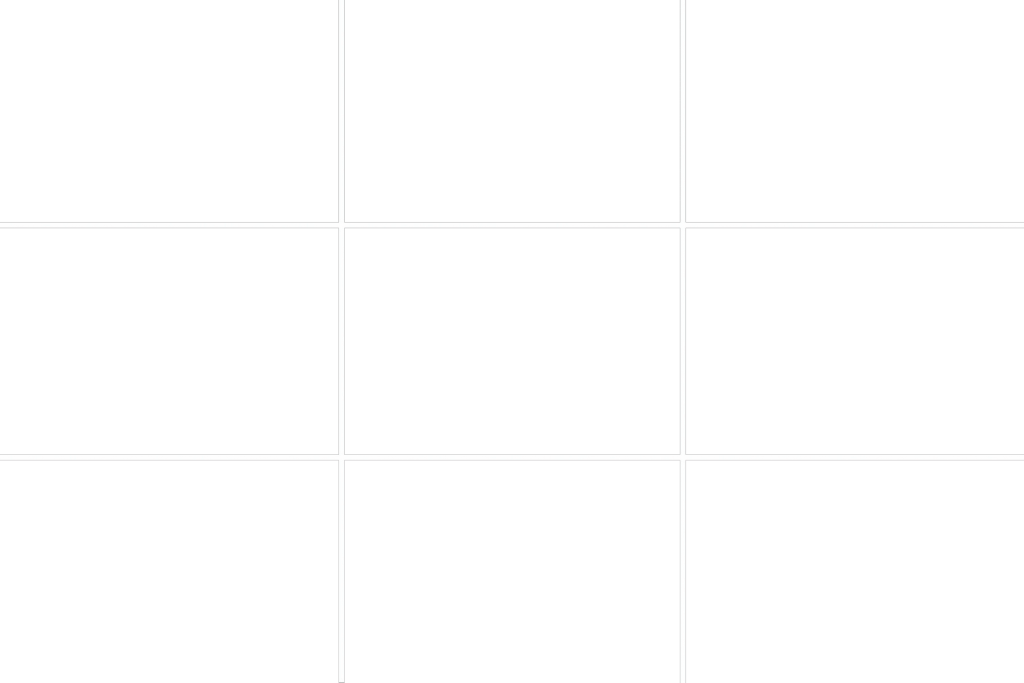 Why I composed the way I did

Composing this image required compromising between vision and practicalities. I really wanted K and M to stand in the light rays, as centered as possible. The only rock we found that allowed them to stand on did not give me that symmetry, but again, sometimes you just have to compromise.

I wanted to create a cocoon wrapping them up, I wanted that light to embrace them, and I wanted to show a little of the outside to add emotive contrast (suggesting they left the world outside), create a stronger image, and tell a better story. At the same time I wanted to include water in the frame, to give context, add to the story, and add a splash of movement and vibrant color to the image.

So, bearing in mind all of this, I positioned myself so as to center K and M in the light triangle the best I could, I held the camera right at the surface of the water to include some of it in the frame, tilted it up a little so one could see the hole in the cave’s ceiling and a little bit of the trees outside, for compositional strength, context and readability of the image, and voila.

Because I was in the water and was getting hit by the waves rolling in, I knew focusing could be tricky, so to be on the safe side I chose to shoot continuous, keep a wide focus area, and aimed at K and M’s faces. 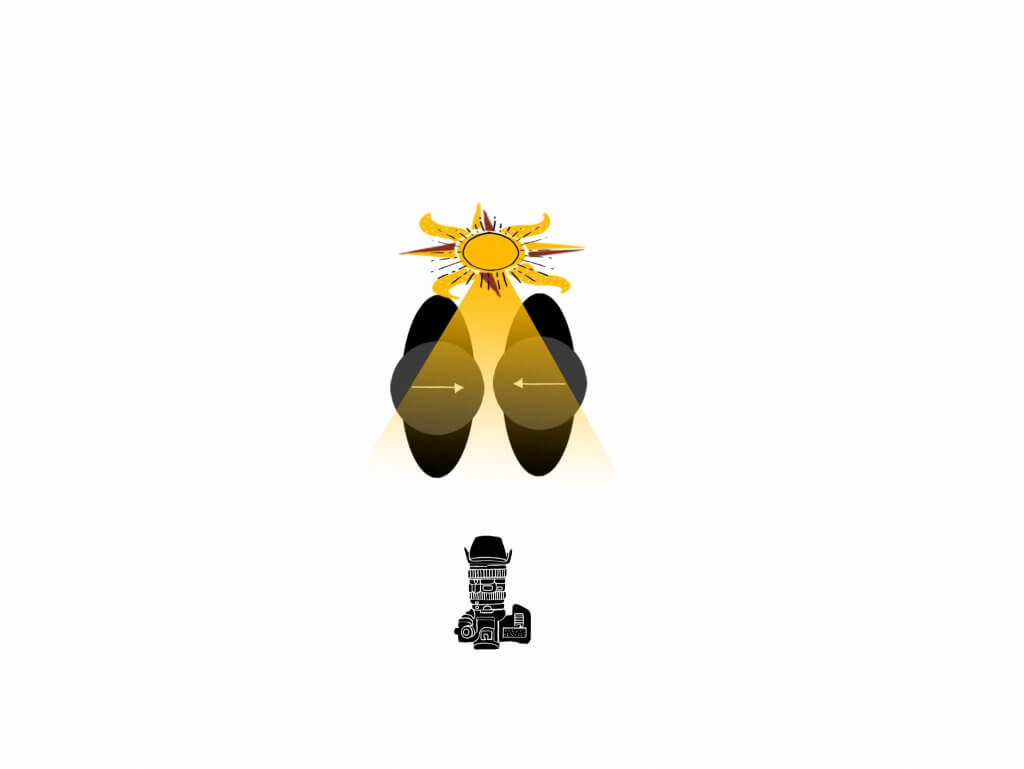 How the light was used

The hole in the ceiling of the cave, at noon, allowed the sun light to be “directed” through the cave, the mist and the water, in a way which inspired this image altogether: for a photographer, the way it came to life, piercing through the darkness, bouncing on wet rocks and playfully flickering in the water spray was simply irresistible.

Every decision I made about this image stemmed from the desire to capture K and M in this light: how I set my camera, where I wanted to place my couple, how I fixed their pose, all the way to how I edited. Light like this is so exciting! It’s an invitation to play, to test and try, to learn, to explore, and reveal.

How I edited this image

I started off by applying my custom preset to this image, to give it the warmth and richness of color and tones that I like, and which in my view fits the feel of the tropical environment I shoot in. Then I worked my way to the result I had in mind.

When taking the shot in the cave, I knew right away the challenge here would be dealing with the high contrast in the scene, between the ultra bright highlights and the deep shadows in the cave. Knowing it would be quite easy to recover details in the shadows in post (working with a raw file), I decided to heavily under-expose in camera to preserve the highlights as much as possible. I think I went down as much as 3 stops. As a result, one can see that the image straight out of camera is pretty much pitch black in most parts except for where the light fell directly. Hence, my main work in post was dodging around to recover details of the cave walls and in the water around the couple, using a radial filter first, for a smooth transition, and then a brush to finish off nicely. I had to use another brush to deal with the bit of noise that was bothering me here and there. Finally, I went back to the dodging brush to bring the light rays to life and lift up some shadows on the couple.

Cleaning up an image from distractions can really take it to the next level. I could have left it as it was and it would have been fine, but one thing in the original image which bothered me was the flare on the left hand side: I found it weirdly shaped, too big and distracting, so I used a healing brush to smooth it out. Then my image felt “finished”.

Events that were challenging during the shoot

Two things that inherently come with the magic of the place can be quite tricky to manage.

First, as the cave is half immersed, photos from this shooting were taken either swimming at the same time as shooting, or standing waist-high in the water with waves pushing me around. In both cases, finding my balance, and maintaining it long enough to shoot, was a little tricky. Not to mention, finding and keeping balance was also a challenge for the couple.

The other challenging factor to bear in mind in such environment is the extreme contrast of the scene, which needs to be handled both in camera settings during the shoot and in post production.

As we most times in photography, I found that solutions to the challenges posed by this image where found in simply accepting and embracing them all the way: underexpose to create a highly contrasted and dynamic image, going with the flow, literally, and allowing myself to be surprised with how the water and splashes would make or break the series of images captured when shooting continuous.

My advice would be: photograph the way you feel! This place, this light, this adventure we were all sharing made me feel like a kid, it made me feel excited and in awe all at once, wanting to jump around with pure joy and fun, and shoot, shoot and shoot some more. So I simply opened myself up to this wonderful feeling, and created something that I, and my couple, could only cherish, because it forever holds within that moment of joy, and freedom, and love.
Read More 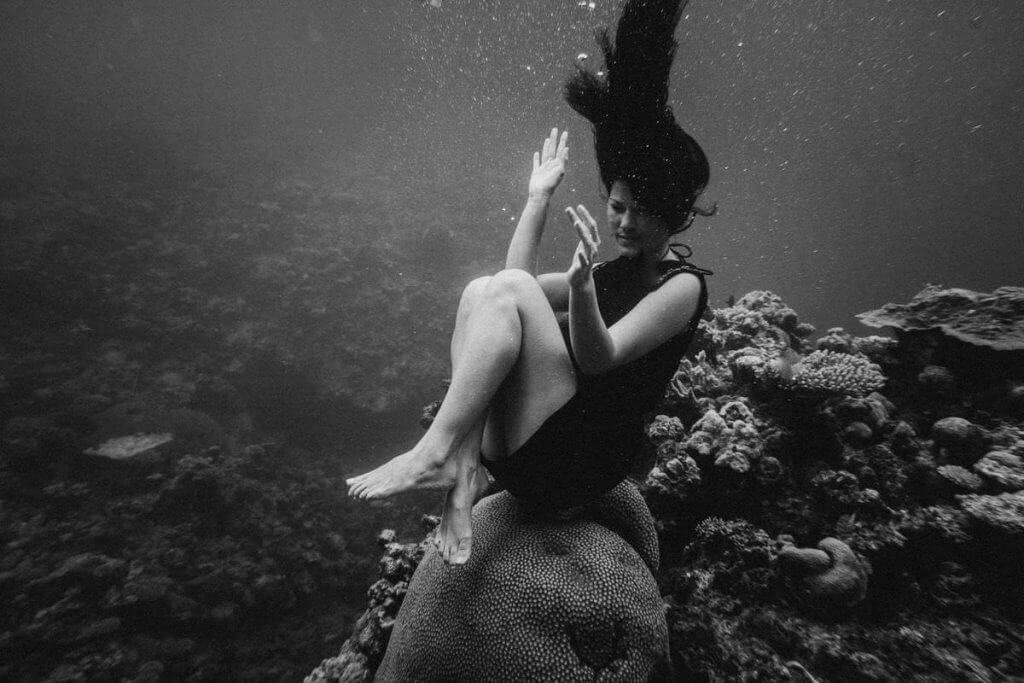 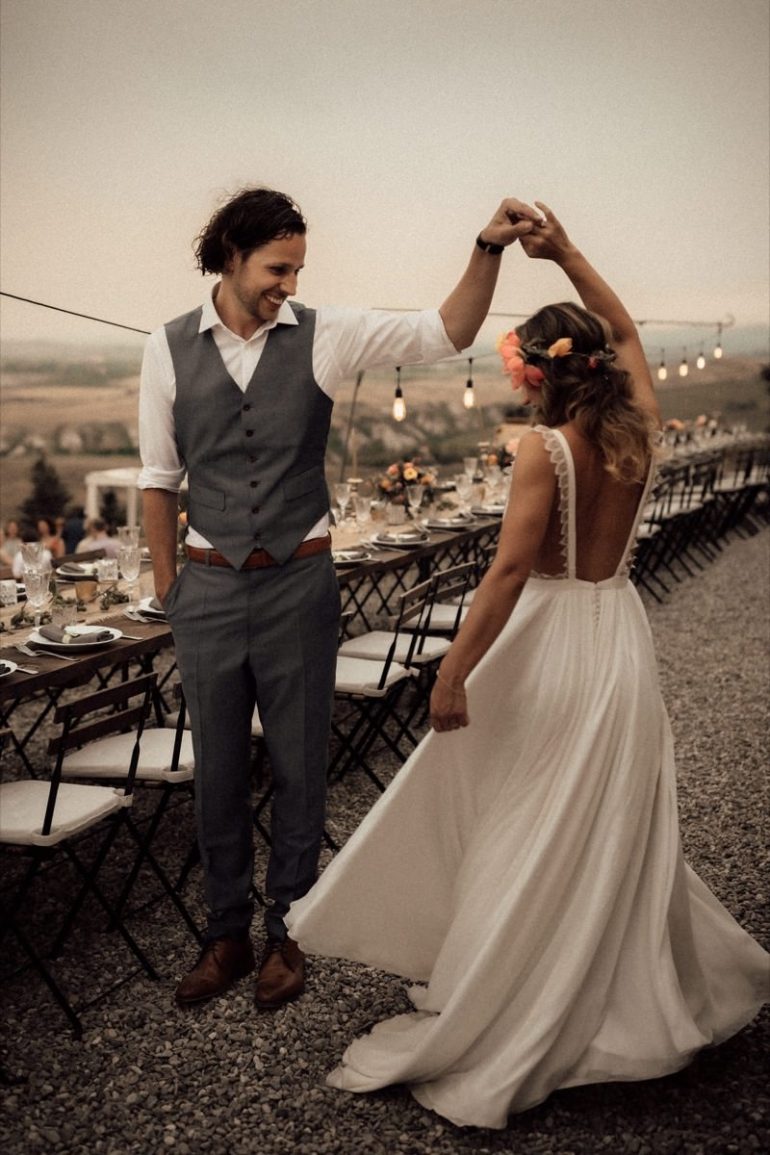 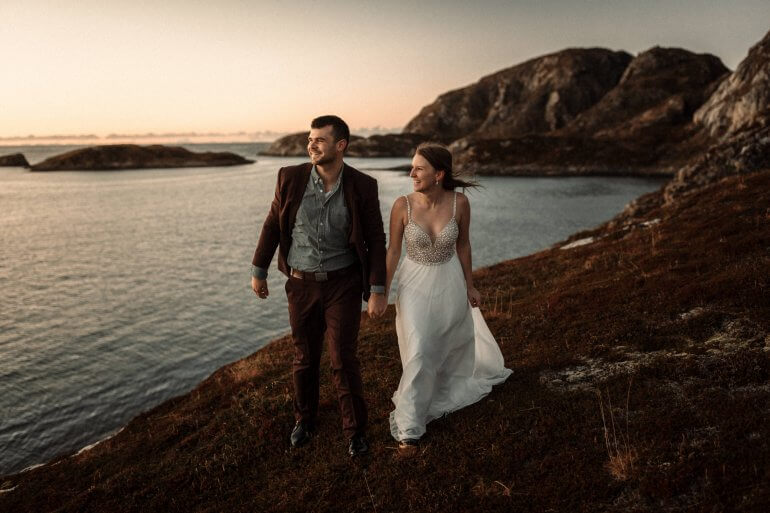 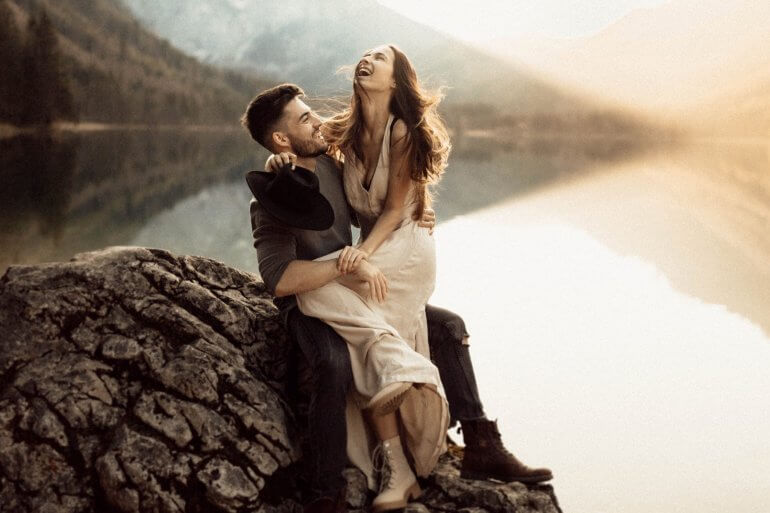 Manage Cookie Consent
Much like 95% of websites, we use cookies to optimize our website and our service and help give you the best experience possible. Rejecting the cookies will mean the website will not function correctly (issues logging in, viewing premium content, etc...)
Manage options Manage services Manage vendors Read more about these purposes
View preferences
{title} {title} {title}

HOW i SHOT THiS

$34 every 3 months
$119 / year
All plans are automatically renewed unless cancelled. Once cancelled, you will keep access to the platform until the end of the paid period. Refunds may be issued in special cases. The email you use to create your account will be the one receiving the Renewal notifications (7 days before being charged).

All prices are inclusive of the German Mwst. 19%

Each plans give you access to all content, current & future and can be cancelled at any time. When you become a premium member, you’re supporting not just the platform, but the artists too.

Learn more about how you would support us

We believe in being fair to our contributors which means that we pay everyone who submits content to the site. Why? If we’re going to use their photos for our instagram, marketing, and other business practices – that they should earn at least something.

When you subscribe to HIST, you are directly making this possible. You are legit supporting the artists and this platform and keeping it alive.